Can You Ask a Donor for Too Much Money?

Me: And so I hope you can join me in donating $5,000 to help us feed the homeless children we serve.

My Donor: Wait… $5,000!? Are you insane? I was thinking of donating something, but that’s crazy. I’m offended by the question. You blew it. What’s wrong with you? Goodbye.

Of all the big reasons most of us get anxious when asking for donations (fear of rejection, not knowing when is the right time, just plain feeling awkward) perhaps the one that’s most misunderstood is whether you can ask somebody for too much money.

In my free workshop Don’t Ask, Don’t Get I’m going to help you overcome many of the obstacles you face when asking for money. If any part of your job involves asking others for money, you’re going to want to join the workshop. It’s coming up really soon, so please register below.

Today I want to focus on one of these obstacles and debunk a myth that stops people in their tracks. In fact, it might be one of the greatest obstacles out there. The question is, can you ask for “too much” and what constitutes “too much?”

Well, what if I told you I never worry about asking for too much? It’s true. You don’t have to worry about it either. Seriously.

How did I come to that conclusion? By changing my frame of reference.

I Asked For Too Much

Over the years it has certainly happened that I got tremendous blowback after asking for a gift. In each case, the donor made me feel dreadful, as if I had tremendous gall or was incompetent or something. It felt awful. 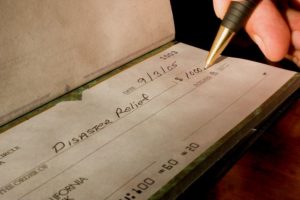 To have to report to my board or my executive director that a particular donor was now upset with me and, by extension, the organization, killed me. After all, our job as fundraisers is to make people feel good and bring them closer to the organization. At the very least we know to “do no harm.” And I, as the classic people-pleaser, take that very seriously.

I was lucky to have supportive bosses who believed in my fundraising ability and took a generous position on the situation.

“It happens.”
“He was probably having a bad day.”
“I’m sorry you experienced that.”

I guess they could see the forest for the trees.

But let’s examine this. What exactly was going on here?

So why the overblown reaction from the donor? Why not just tell me I was way out of their range, or to joke as others have done in saying, “Boy, you must think I’m a lot wealthier than I am. I wish I had that to give you.”? Or some such thing?

Why Did the Donor Act This Way?

This is where, over time, my frame of reference changed. I began to realize this wasn’t my issue. It was the donors’. 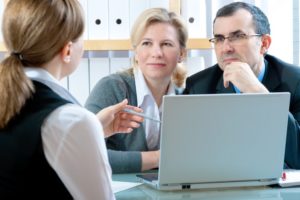 In that moment when I asked, these donors felt put on the spot about being asked to be charitable. While they had the capacity to give what I was requesting, for whatever reason they didn’t want to. Instead of declining graciously, they psychologically needed to make it about me, and not about them. They needed me as a scapegoat.

While that doesn’t feel good, once I understood this I realized it wasn’t really about me. Was it wrong of these donors to react like this? Of course. But it wasn’t personal. It was just about them feeling better about themselves.

And I also understood that this kind of response didn’t happen very often and I couldn’t let the minute chance of getting blowback stop me or cause me to ask for less. Because my job is certainly not to ask for less! It’s to ask for a gift in what I believe to be my donor’s sweet spot – where it takes some thought, it’s more than they might have been thinking, but it’s something they can do and which would be a meaningful investment in my organization.

That’s what I’m hired to do.

We’ve got to break a few eggs to make an omelet. It’s simply unrealistic to think every donor will always be happy with us or our organizations.

Can You Ask for Too Much?

No… unless you’ve just picked some huge, random number out of a hat. Your job is to do the research, to try to understand the donor’s wealth and charitable history, and to make an ask based on that.

As long as you’ve been thoughtful and diligent, and can actually answer the question, “What made you think I might give a gift at that level?,” you’ve done your job.

So go out there and ask!

And check out Don’t Ask, Don’t Get – my free workshop that will help you bring in more money for your nonprofit this year! It starts tomorrow, so please check it out!