I’m Breaking ALL My Fundraising and Charitable Giving Rules

There’s nothing like a good pandemic to throw reason and best practice aside.

For years I’ve taught (spoiler alert – still believe) the best philanthropy is to focus your giving. I’ve counseled philanthropists on this and worked hard to move in this direction myself. And I’ve taught organizations to sell vision and impact — the future — rather than immediate need. 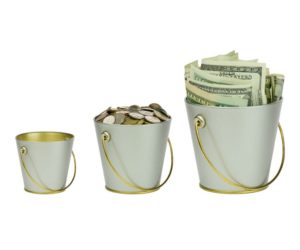 By focusing my giving…

By organizations focusing on vision and impact…

Which brings us to the last five months, during which time I count having given more than 40 small gifts of $25-$100. Some were additional gifts to organizations I already support, though oddly none went to my top three organizations as they didn’t reach out to me. Many were to organizations I never supported and probably won’t support again unless there’s a unique, pressing need. I supported them because their message was dire and I responded to their immediate need. Now they’ll keep writing to me, wasting their time and money, which might end up costing them more than my $25 or $50 gift raised for them.

But basically, I broke all my own rules. And in talking to friends and family I learned their giving has followed the same pattern – spreading their support far and wide and mostly in small increments.

And in breaking all my own rules and seeing others do so it only reinforced for me the need to focus philanthropy …and how important it is for organizations to focus on vision and impact. Because had I and my friends and family focused our giving where we were already invested, we could have made a bigger impact at those organizations without creating massive lists of new donors. New donors who will be very hard to convert to ongoing donors and even harder to convert to larger donors.

I’m not saying we all should have – or could have – done this. Emergencies lead us to act in unique ways; to be reactive rather than proactive. But we also learn great lessons from these times. And now that we’ve passed the initial emergency and understand the magnitude and dynamic of COVID-19 on our fragile non-profit world, we can make more thoughtful investments in its future.

To do so, non-profits must share their vision and talk about the future. Yes, even in these perilous times, we can raise more if we put everything in the context of the future. Yes, we have a great need now just to stay afloat and help those in peril, but we are doing this because it will allow us to be here for years to come, helping others in peril, improving lives, building community, saving the planet, and more. We must stay alive not just to meet the current need, but so we’re here to impact the future.

Here’s to the future, even during such perilous times.

Any cookies that may not be particularly necessary for the website to function and is used specifically to collect user personal data via analytics, ads, other embedded contents are termed as non-necessary cookies. It is mandatory to procure user consent prior to running these cookies on your website.