Jerry Panas: THE Guru of Our Field

Yesterday started out like any old Monday, but quickly turned into a profound day with the passing of fundraising guru Jerry Panas.Who didn’t know and admire Jerry Panas? I’m sure most of us have at least one of his books on our shelf. Some of us have many. And I’m sure a few of you have all 22! 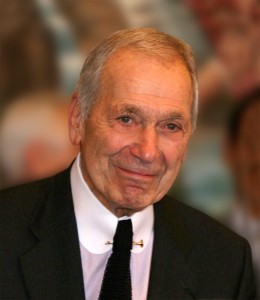 It’s hard to imagine fundraising pre-Jerry. He had been fundraising for close to 70 years and had run his firm for 50. He coined the phrase “moves management.” Heck – he wrote the book called “Asking.”

Everyone seems to have a Jerry story. Imagine the tens of thousands who met him at conferences. The hundreds of clients he worked with over the years. The millions who read his books and blog posts. So many of us were impacted by his wise counsel and deep understanding of our field.

I only got to know Jerry in recent years, yet his impact on me has been profound. He was incredibly generous, agreeing over the years to appear on my Fundraising Masters webinar series three times. Each time 1,000 people signed up to hear from THE master, and I was the lucky one who got to chat live with him.

This year, after much nagging on my part, Jerry agreed to a series of podcasts. Every month since January, I’ve headed up to his home in Ridgefield, CT, to spend the day with him and his wife, Felicity. Each day we started with a delicious lunch (always with great, smelly cheeses!) where the three of us got to know each other and could talk shop, comparing notes on the business, our clients, and such.

When lunch was over Jerry and I would sit at their kitchen table for an hour or two, recording sessions on all the topics we care about so deeply: what makes a great fundraiser, the art of listening, how to make a strong case, the evolution of boards, and many more. Can you imagine what an amazing time that was for me, to be able to sit and chat with the guru?

Every time I learned something new. I had “aha” moments again and again. It was quite humbling to hear Jerry talk about meetings with the highest-level donors and to hear how bold he was in his discussions. He had an incredible way of asking the most personal or delicate questions in a way that elicited revelatory answers. I always thought I asked good questions until I learned of Jerry’s repertoire!

On the topic of asking questions, I did have a very satisfying moment when I was up there in June. Twice I asked Jerry questions and he told me no one had ever asked him those questions before! One of them was about the most important philanthropic gift he had ever made, and his answer floored me. It turned out we had similar stories…but you’ll have to wait until Felicity and I release those tapes to find out more!

The field has lost our guru, but his impact will last forever. I will miss Jerry but will cherish our chats, his generosity, and everything I’ve learned from him.

My Favorite Quote from Jerry:

“No one ever listened oneself out of a gift!”