No More Asking Board Members to Swap Gifts with Friends – Please!

What will it take for us to get rid of this pernicious habit? It is such awful fundraising on every level, and we’re swapping so much long-term good for a bit of short-term gain.

It reminds me of credit card debt. I mentor a young gentleman of 23, let’s call him Alex, who has some credit card debt. Alex wants to pay it off slowly and put away an equal part of his paycheck. That sounds good. In reality, he’s trading some short-term false sense of security for his long-term financial health. If he paid off all the debt now, he would pay the credit card company far less overall and end up saving more.

The same is true of board-led fundraising. 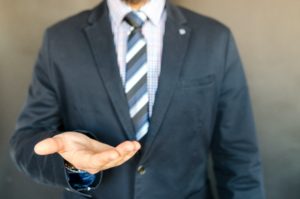 Let’s assume Anna sits on the board of your organization and you’re asking Anna to raise all the money she can. Perhaps you ask her to write an end-of-year letter or send out invitations for your fundraising events. Perhaps you’ve got a minimum “get” policy. Whatever it is, chances are you’re pushing Anna to look at her circle of influence for gifts.

While asking board members to evaluate their networks makes sense, asking them to do it for immediate gifts forces them to look at those they can arm-twist for funds, or those who know they can ask your board members in return.

Yikes! Have you seen this play out at your organization, or even in the fundraising you yourself do as a board member elsewhere?

This is Awful on Every Front

Your organization has wasted resources a) interacting with Anna about these transactional donors, b) tracking the donors in your CRM, c) writing personalized thank you notes, and more.

You’ve brought in dollars short-term but do not have any more long-term donors who are passionate about your organization than when you started. You’re just reinventing the wheel year after year.

Ugh, ugh, ugh. I first wrote about this many years ago. I said my one wish was to stop this kind of fundraising. The more work I’ve done with non-profits and their boards, the more convinced I am that we must find a way to dial down this bad fundraising.

What Should Board Members Do?

Board members should only be involved in strategic, relationship-based fundraising. Serving as ambassadors, cultivators, educators, thankers, and, where appropriate, solicitors.

They should serve as mini major gift officers, each carrying a small portfolio – four is my magic number – of major gift prospects (which I define as any donors worth the time to cultivate and solicit individually and in-person when possible).

Those four don’t necessarily have to be in your board members’ own networks. How about all the people who are already donors or solid prospects and could use extra attention? Unless you’re a large non-profit, such as a university, chances are you have limited or no fundraising staff. You certainly don’t have any major gift officers, and your executive director and director of development can only spend so much time cultivating your larger donors.

We need our board members to help us fundraise. And if we help them fundraise in the right way, we’ll raise much more money. We’ll create a more consistent stream of individual gifts. And they’ll feel so much better about their work. Talk about a win-win.